Nothocastoreum cretaceum is triggered to fruit from the soil after fire. They look like little stars that have been left behind in the ash. The empty stars have spread their fine grey spores, hopefully some will become mycorrhizal partners of the regenerating plants. 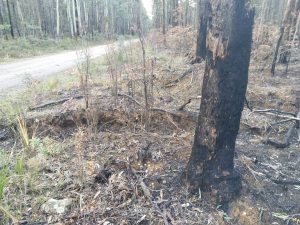 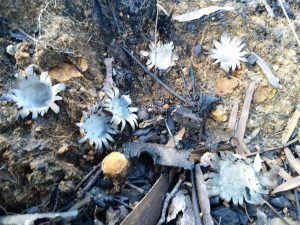 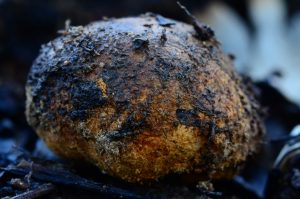 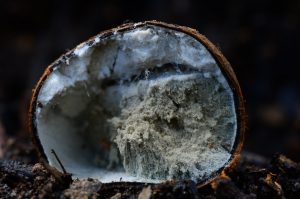 According to Dr Teresa Lebel Nothocastoreum is part of the Australian endemic family. This family contains 8-11 genera and 35-40 species only found in Australia. Although some have occasionally hitch-hiked with their Eucalyptus mycorrhizal partner and have been found in plantations overseas. For example Chondrogaster, found in Eucalypt plantations in New Zealand. 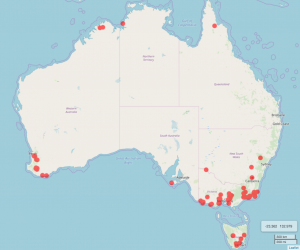 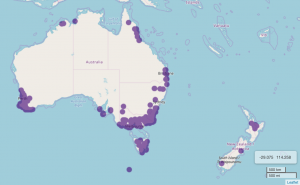 Distribution Mesophelliaceae in Australasia from Atlas of Living Australia.

Mesophelliaceae are mycorrhizal truffle-like fungi which along with other “truffles” are an important food for ground dwelling marsupials. In particular, fungi eating specialists like Bettongs, Bandicoots & Potoroos. After fires when the understory is cleared people who are lucky enough to live in areas with populations of Bandicoots or Potoroos, may notice that animal diggings become more common for a few weeks. This is very important for the ash-bed, which contains seeds that are waiting for the first rains, in order to germinate and return the diversity of plants and along with them, a diversity of fungi partners. We don’t often think about the sporebank of mycorrhizal fungi that are the symbionts of most of our plants. Most plants don’t get to the eight-leaf stage without having successfully found at least one mycorrhizal partner. Healthy trees will often have dozens of symbiotic relationships with fungi at any given time.

Sadly where our ground dwelling marsupials have been lost they are not longer providing their ‘matchmaking’ services between plants and fungi. So many of our remnants only have the fungi that have remained to partner with plants. These Nothocastoreum cretaceum actively spread their own spores, so may help places where our grown dwelling mammals have been lost.

Thanks to Greg Boldiston for use of some of his pictures. 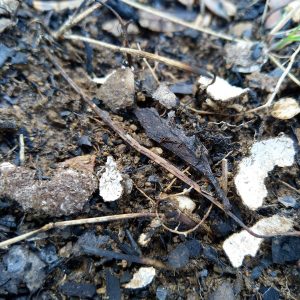 Hard shell all that is left of another fire truffle 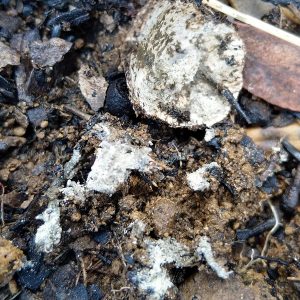 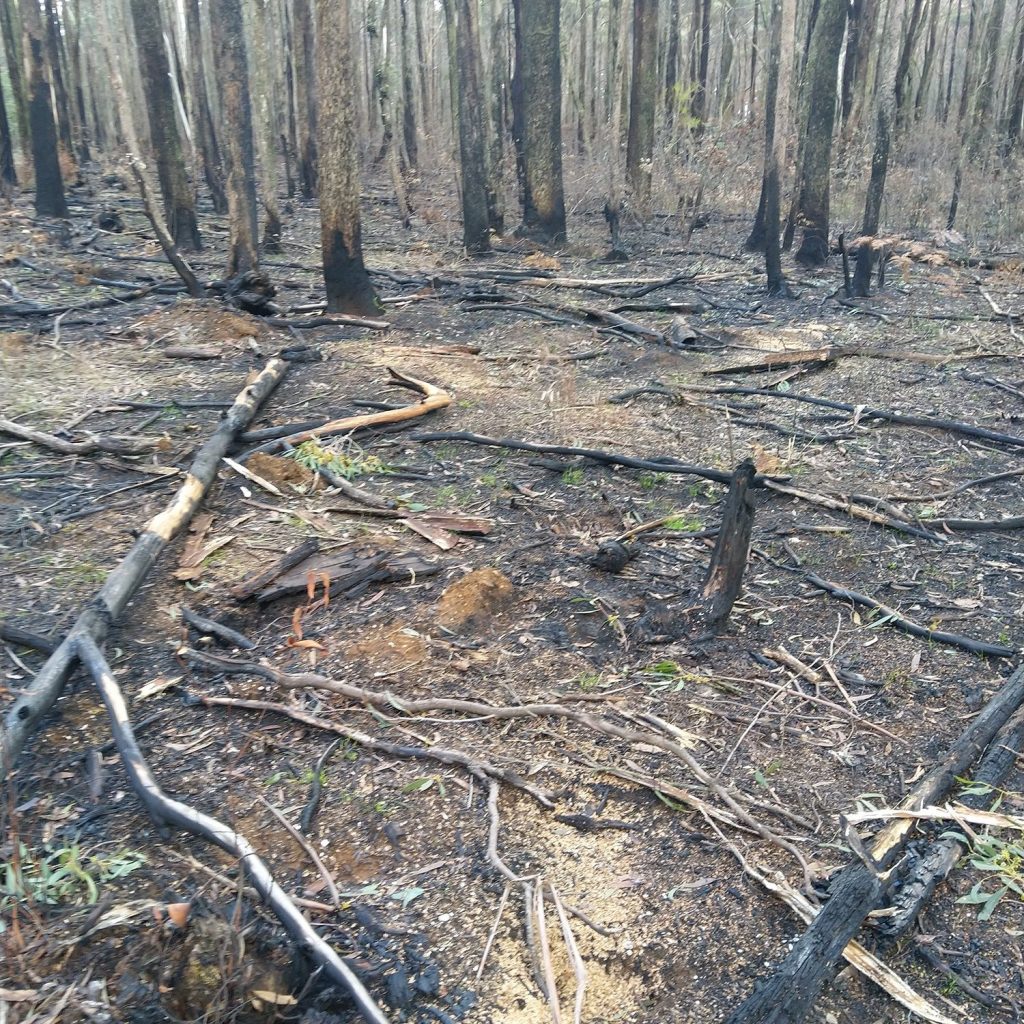 Post burn where logs have been removed likely by fire wood collectors. Woody debris is habitat for fungi and the invertebrates that live on their mycelium. In turn insectivorous birds eat the invertebrates.