I haven’t got out of the urban areas as much as I might have liked but I am reminded that life ticks away here too. Dog walking gets me out and about, and they are used to me stopping, observing, photographing and recording!

On mown areas like ovals the last couple of years I have observed Physarum cinereum: a true slime mould that grows on grasses and broad-leafed weeds.

Sadly google indicates that most people think this is a pathogen and spend a lot of energy trying to get rid of it from their ‘precious lawn’, note it may be ‘unsightly’ but it is harmless and soon disappears.

In my search of what this species does i.e. its function I found very little beyond “this genus is though to ingest bacteria, fungal spores, and maybe other smaller protozoa”. The fruit body we see is this species reproducing. Slime moulds are no longer considered fungi but rather are in the Kingdom Protozoa.

I think it is interesting that they eat fungi spores so they are eating the “spore rain” which may reduce the “fungi spore bank”. Which is interesting as they are sometimes described as decomposers but are they moderators of decomposition? So when there are population booms of bacteria, fungi spores or other smaller protozoa, that these slime moulds control the spike and when the food runs out it is time for them to reproduce and spread. 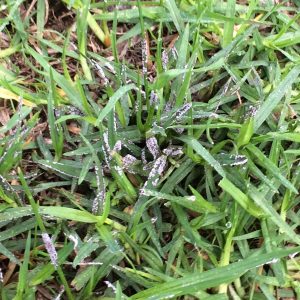 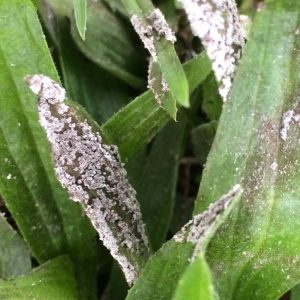